Personal portfolio site of Anthony Luigi Santoro. A place to share past, current, and new adventures.

Template by Bootstrapious.com & ported to Hugo by Kishan B

Even as a fully grown adult I find it difficult to write blurbs about myself. I’m sure there are loads of interesting and fun reasons why that is. But for the sake of this website and putting things out there, I stole this one from FMX and the Framestore marketing team who were kind enough to write me a little bio. Modified it a bit, see if you can spot the differences;)

Combining intricate technical knowledge and a creative eye, Anthony wears the hats of a designer, animator, compositor, photographer, 3D artist, and programmer (also he is a unicorn).

He has completed an eclectic mix of work, with credits as a Compositing Lead and VFX Supervisor on a range of film, TV, and video game projects, including Brett Morgen’s documentary Chicago 10 which opened the Sundance Film Festival in 2007, Morgan Spurlock’s Where in the World is Osama bin Laden? (Sundance 2008), HBO’s Emmy-award winning Bored To Death, Gravity, which won the Oscar for Best VFX. Most recently he was Compositing Supervisor on Denis Villeneuve’s critically acclaimed BAFTA & Oscar winning Blade Runner 2049. 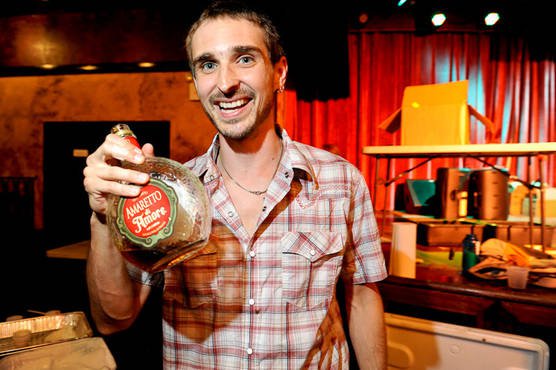